When Peter first became a client with Cayer Behavioral Group, he was three years old, made minimal eye contact, spoke only a few words, and could not sit in one spot for more than a couple of seconds.

Peter would engage in self-injuring behavior, in the form of pinching or grabbing his face, arms, and legs. He did this anytime he was denied access to desired items, or when he was told to do something he did not want to do.  The first day he was taught to use the bathroom on his own, he engaged in an hourlong tantrum because he did not want to take his diaper off.

Peter started preschool this fall where he attended half-days for three days per week.  He had never been in a school setting before, and he had a lot to learn, such as:

Initially, his CBG therapists were with Peter the entire time he was at school to help him learn how to be independent and successful within his classroom. 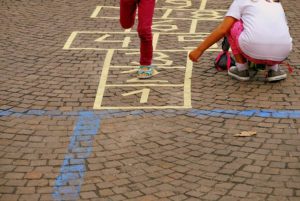 Through effective and efficient ABA (applied behavior analysis) procedures and programs, his CBG therapists were able to phase out of his classroom setting entirely within four months.  Peter now attends his preschool five days a week for three hours a day, all by himself!

Peter learned to appropriately use the bathroom on his own in three months and has not had any accidents within his school setting.  He learned to sit for an extended period of time, to follow classroom routine, and appropriately interact and share with his peers.

As he continues to become more independent with his daily routine, his CBG therapists will continue to phase out until he no longer requires services.

Increased independence and success is always the goal at Cayer Behavioral Group, one student at a time.